"Amazing company to deal with.  Always Easy to get a hold of, kept us informed and

company.  I didn't have a lot of options and my mind was set at ease as soon as I got on

the phone!  Best thing yet was I didn't even have to go to the office, everything was set

up and we could talk electronically."  - Todd M.

"The rates were a lot lower than others in the area and in the province.  They were very

upfront with me about my options, they didn't suck me into hiring them, they left that up

to me, and in the end they got me off my charge! Well worth it." - Darlene C.

" I called the office at 8:47pm one night and the phone call was answered, enough

​This website and its information is not legal advice, nor is it intended to be. Please consult a legal services provider (Lawyer or Paralegal) for advice about your individual situation. Please contact us by electronic mail, telephone or in person. Contacting us through this website does not create a lawyer/paralegal-client relationship. Until a Lawyer or Paralegal-client relationship is established, please withhold from sending any confidential information to us.

Call Us for a no obligation quote traffic ticket defence

DRIVING WHILE UNDER SUSPENSION IN ONTARIO

What are the consequences associated with a driving / drive while under suspension conviction?

a fine of up to $5,000
custodial sentence for a maximum of six months
automatic 6 month licence suspension
possible 100% insurance rate increase (or in some extreme cases, your insurance company can drop their coverage)

How can a paralegal from Goal Case Dismissed assist me with my driving / drive while under suspension charge?

A paralegal from our office can determine if you have a defence to the charge. If you were aware that your licence was suspended and there is no foreseeable defence that can be derived from reviewing the evidence for your driving / drive while under suspension charge, the paralegal handling your case will attempt to engage in a plea resolution with the prosecutor to minimize the fine you will face and help prevent you from acquiring a custodial sentence (or help lessen your sentence). In worst case scenarios where a custodial sentence is imposed by the court for your driving / drive while under suspension charge, a paralegal from Road Warriors can negotiate with the court to allow you to serve your sentence on weekends.

Is it worth fighting my driving / drive while under suspension charge?

How much do you charge to fight my driving / drive while under suspension charge?

If you would like to inquire about our rates to fight your driving / drive while under suspension ticket, you may fill up a rate request form here, or contact us at 705-688-1818. .


Believe it or not getting a ticket for speeding just 10 km per hour over the limit can cost you a lot more in the long run than paying a minor fine.  Unfortunately, the relationship between tickets, demerit points and your insurance rates is misunderstood by many drivers.  However, the relationship is an important one given the impact it can have on your driving record and the amount you pay for your insurance.

Insurance companies actually consider the severity and number of tickets on your driving record, not the number of demerit points you’ve acquired, when calculating your insurance rate. But if that’s the case do demerit points matter at all? Here is what you need to know:

Driver of bus failing to stop at unprotected railway crossing

Demerit points and your insurance

Demerit points and your driver’s license

So while insurance companies don’t look specifically at demerit points when settling their rates, accumulating them is certain to cost you in the long run.  For this reason, all drivers would be well advised to steer clear from breaking the rules of the road and avoid tickets altogether. (http://www.insurancehotline.com/demerit-points-and-your-insurance-rate/)

In 2007 a new section was added to the Highway Traffic Act of Ontario: Stunt Driving (Contest). A Stunt Driving charge is intended to stop, through enforcement, races, contest and stunts from being preformed on Ontario’s Highways.

Stunt Driving charges are laid without discretion and have the effect of tripling your insurance. Fortunately, in many cases a Stunt Driving ticket can be successfully defended in court, and that is where we at Ticket Defenders®* can help you: we know how to examine these cases, assess them, and then create the best possible defence. We are often in a position to save our clients points and thousands of dollars in fines and insurance.

The initial consultation with our ticket defence specialists is always free.

At Ticket Defenders®*, we are aware that every case is unique, and we are here to help you.

How is Stunt Driving defined? (What did I do?)

The following are examples of wording that you might see on your Stunt Driving (Contest) ticket:

Speeding more then 50 km over the posted speed limit
Chasing another vehicle (Road Rage)
Driving without reasonable consideration of other drivers
Attempting to outdistance another driver
Repeatedly changing lanes
Driving with intention to "lift tires"
Deliberately loosing wheel traction
Deliberately speeding a motor vehicle
Driving with a person in the trunk
Driving while not occupying the driver's seat
Slowing vehicle to interfere with traffic
Driving too close to a pedestrian, or vehicle

What are the penalties if I am convicted of Stunt Driving (Contest)?>

The following are some possible penalties from a Stunt Driving conviction:

As mentioned earlier, Careless Driving is a serious charge. In fact, it is one of the most serious charges laid under the Highway Traffic Act. It is defined as driving without due care and attention and, therefore, it is a broadly worded charge with wide applications. A conviction from a Careless Driving charge is one that often carries devastating consequences, especially from an insurance perspective.

For a Careless Driving conviction, after a minor collision, you can expect the following:

6 demerit points for a period of two years
A fine of $490.00
A conviction registered on your driving record
Drastic insurance rate increases, for a 3 to 6 year period

For a Careless Driving conviction, after a serious collision, you can expect the following:

We know how scary this can be for you. However, we also know that a Careless Driving ticket can be successfully defended in court.

Please Contact Us today for a Free no obligation Quote!
(We even advise you if your ticket is worth fighting)

Q. Why would I hire you- if I can just do it myself?

A.  That is always an interesting question-  a misconception is that we just show up and try to make a deal- Our job is to get you the best possible result and that is what we have been educated to do.  We know the courts, we know the personalities of the prosecutors, we know what an officer should be doing in order to find you guilty- that is beyond just showing up to make a deal.  We don't settle for mediocre- we also don't get pushed around.  We know the law and know what your rights are.  There are many of occasions client sit in front of us wanting to appeal something because they were trying to save the money from hiring somebody- a large mistake which costs more in the end.  Give us a call- we give you a free quote and accept payments.  You will find that the rates to defend your ticket and have someone attend court for you will save you time and money in the end. 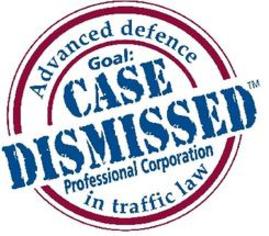